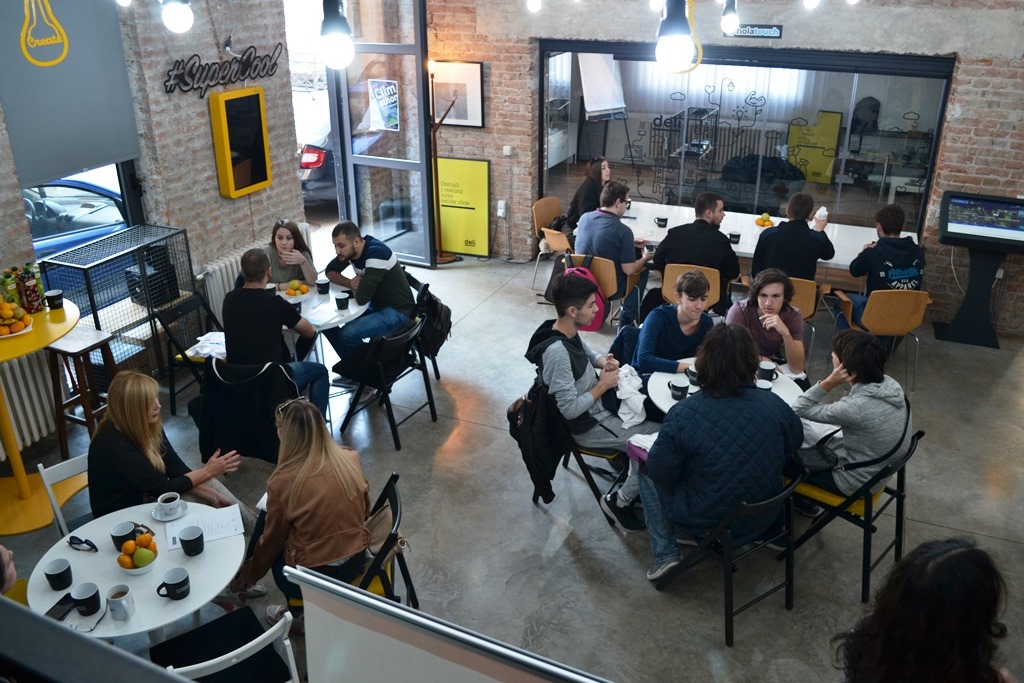 In Deli space, on 25th and 26th of October, the second Climathon, organized by ENECA and Proaktiv, was held in Nis, and the topic was “Let Nis breathe”. The competition was attended by 4 teams who had the task in 24 hours to come up with an innovative solution related to climate change at the local level. The victory was taken by the “Young and Green” team, which designed modified underground containers for waste separation. By realizing this idea, we are not only achieving the benefits for the environment, but also the citizens will be able to realize bonuses for public city transport.

The project was realized with the support of the Faculty of Natural Science and Mechanical Engineering in Nis, The Secretariat for communal activities, energy and traffic, the organization “Green Key”, the Start Up Center in Nis and Center for Circular Economics.

Climathon is a world event that is being organized this year in over 100 cities around the planet. Climathon is a 24-hour global event, organized by Climate-KIC (the largest public-private partnership dealing with finding the best way to resolve the problems considering climate change through innovation), supported by the official EU institution – the European Institute of Innovation and Technology (EIT).

You can see the photos on the Climathon Nis.